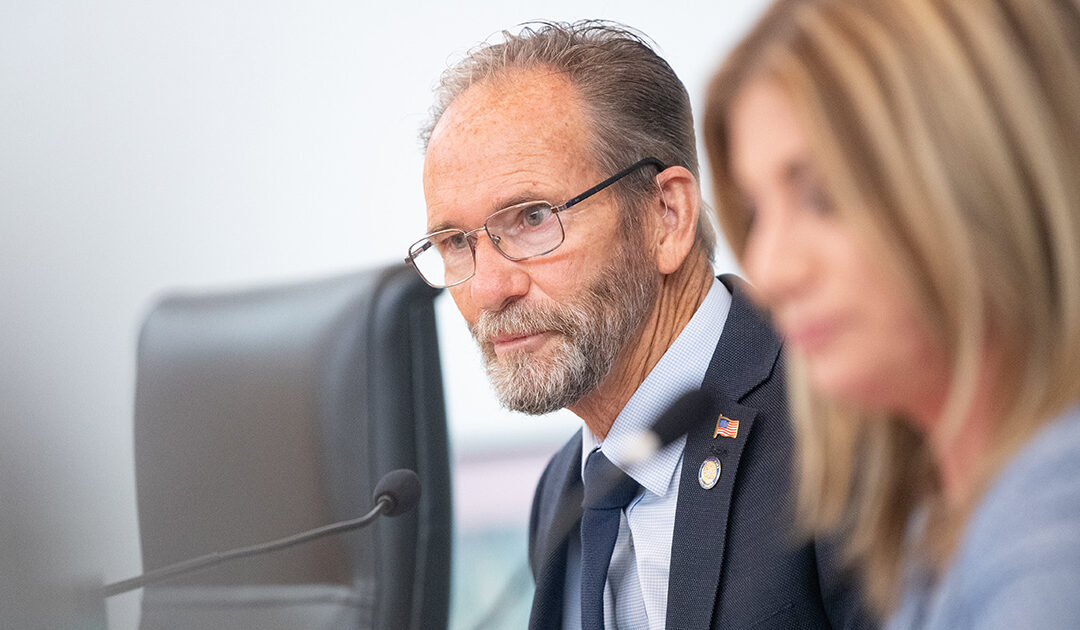 Harrisburg – August 10, 2021 – At the request of Senator John Kane (D- Chester/Delaware) and Representative Tina Davis (D- Bucks), the Pennsylvania Senate Democratic Policy Committee held a hybrid in person and virtual public hearing to discuss the use of solitary confinement on Pennsylvania prisoners, the psychological impact it has on inmates, and legislative proposals to end the practice of solitary confinement in the commonwealth

“Incarcerated individuals are still residents of this commonwealth. They have rights and they deserve to be treated with dignity and respect, just like every other human. Solitary confinement violates individuals’ rights and creates a level of isolation that causes severe and permanent damage, including an increased risk of premature death from suicide, homicide, and opioid overdoes after release from prison. This barbaric and harmful punishment tactic must end in Pennsylvania,” said Senator Katie Muth (D- Berks/Chester/Montgomery), Chair of the Senate Democratic Policy Committee.

Cynthia Alvarado, who was imprisoned for 12 years after being wrongfully convicted, shared her harrowing experience of caring for three women in the SCI Muncy infirmary who were held in solitary confinement who then committed suicide. She was also held in solitary confinement for a period of time, and that experience led her to be suicidal herself while incarcerated, and she still struggles with suicidal ideation after being released from prison.

“I am a survivor of the hell that is solitary confinement,” Alvarado said.

Patricia Vickers, a mother with a child in solitary confinement in Pennsylvania and an advocate for reform, said, “Your life in the box is reliant on people who neither know you or care about you.”

Vickers shared multiple stories of the trauma her own son has experienced while in solitary confinement, and stories from others who have experienced severe mental breakdowns and retaliation from prison guards. She said that she has been told incarcerated individuals experience guards turning off heat, air conditioning, and water to those in solitary confinement as well as guards contaminating prisoner’s food.

“I can emphatically say I have more trauma from six months in solitary then four combat tours in the Marines. 26 years later and I still have to remind myself to slow down when eating because nobody is going to take my plate until I’m done, unlike in solitary where corrections officers will demand your plate two minutes after giving it to you and then call for an extraction team if you refuse,” said Dr. Rev. Chris Kimmenez, Executive Director of Healing Communities PA, Pastor of Lombard Central Presbyterian Church in Philadelphia, and a survivor of solitary confinement himself.

“There are ways to hold people accountable that do not include torture,” Dr. Kimmenez continued.

Judith Resnik, an Arthur Liman Professor of Law at Yale Law School, testified about her research on solitary confinement and said, “DOCs (Departments of Corrections) can’t do it alone. Legislatures are so needed in this process.”

Resnik also said in her testimony that the mentally ill and people of color were significantly more likely to be placed in solitary confinement.

“Solitary confinement is a cruel and unjust form of discipline which can perpetrate untold violence on an inmate’s psychological and emotional health. Solitary confinement has been found to induce hallucinations, depression, anxiety, and paranoia, and its impact can be devastating on inmates’ long-term psychological and emotional wellbeing. Our inmates are in our correctional system to be rehabilitated, not be subjected to torture,” Rep. Davis said.

Cynthia Alvarado concluded her testimony with, “I am begging you to end solitary confinement.”

Below are all who participated in today’s hearing: